Singing can be a way to cope up with boredom or just to get away and escape from the harsh reality. Hearing lullabies every night, the calming waves of the ocean, the pouring raindrops from your window, everything feels like safe and sound. So, how many times do you find yourself humming out a tune or singing out your favorite song in a day? 50 times? A hundred times? Some may sing a lot more than that!

Believe it or not , some male songbirds sing more than 2,000 times each day. While a human sings with the help of the vocal cords, songbirds produce sound in their syrinx – an organ that has two bronchial tubes with each independently controlled. This allows songbirds to be vocal gymnasts that can produce 2 unrelated notes at a time and can sing sweeping notes with one side and shift to the other side of its syrinx without the need to catch up for air.

Unlike other species of birds which sing/chirp out of instinct, songbirds learn their songs and actually perform them. These birds learn their songs while still in their nests when they listen to adult songbirds sing. The youngs mimic the tunes they hear from the adults and practice these songs until they perfectly match the sound of the adults’. Evidently, some songbirds can even even mimic sounds of other species like that of frogs, cats, or even that of car alarms. 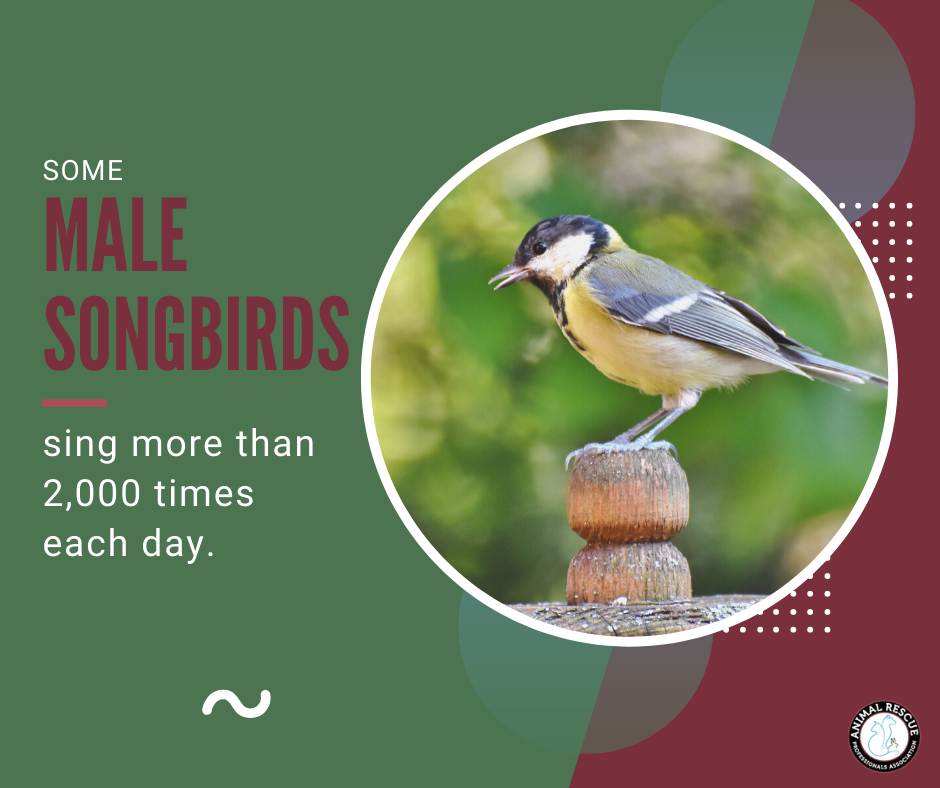