Did you know that in just seven years, a single pair of cats and their offspring could produce a staggering total of 420,000 kittens? Talk about a lot of kittens running around. The average mature cat can have 3 litters with a total of 12 kittens per year. Out of those litters of kittens, about 4.7 of them are females, which in turn means they will most likely have litters of their own. These numbers are definite eye-openers because think about how many stray cats there are running around that are not spayed or neutered. Rescue Shelters do the best they can to put a stop to overpopulation but it is unfortunately inevitable sometimes. Not that we don’t all love those little furry felines but too many of them without homes tugs at the heartstrings. 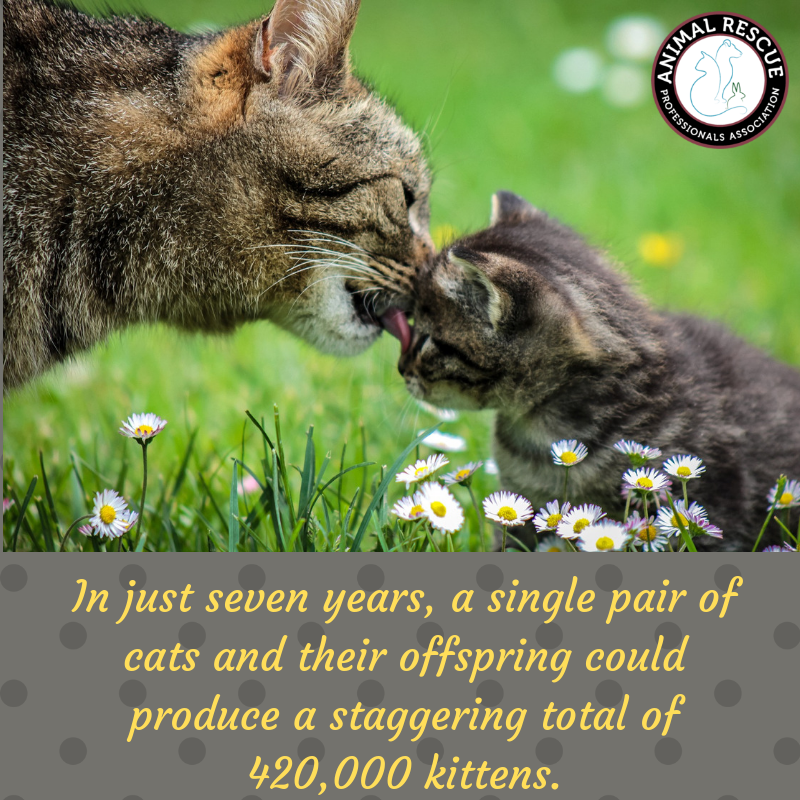 Margarita Perez
← Dogs Are Not Colorblind
Horse hooves are made from the same protein that comprises human hair and fingernails. →

Leave a Reply to Rachael