Our eyes are incredibly impressive and complex. The human eyes can differentiate millions of colors and receive huge amounts of visual information. The farthest edge our eyes are able to see is about 3 miles away. This is pretty impressive but how does it compare to that of our canine friends?

Well, on average, dogs have better eyesight than humans, but not as colorful. Although it is not true that dogs only see in black and white, they only have 2 types of cones which limit their color recognition.

However, dogs beat us, hands down in the aspects of visual field. Dogs can see at 240 degrees as compared to humans at 180 degrees. They also have many adaptations for low-light vision making them better than us humans in the aspect of night vision.  Dogs have more rods in their retina and larger pupils that let in more light which lets them see better at night than humans.

Dogs’ biggest advantage in terms of seeing better than humans at night time, though,  is called the tapetum. The tapetum is a mirror-like structure at the back of the eye that lets the light-sensitive retinal cells absorb light better enhancing dogs’ visual sensitivity at low-light levels. 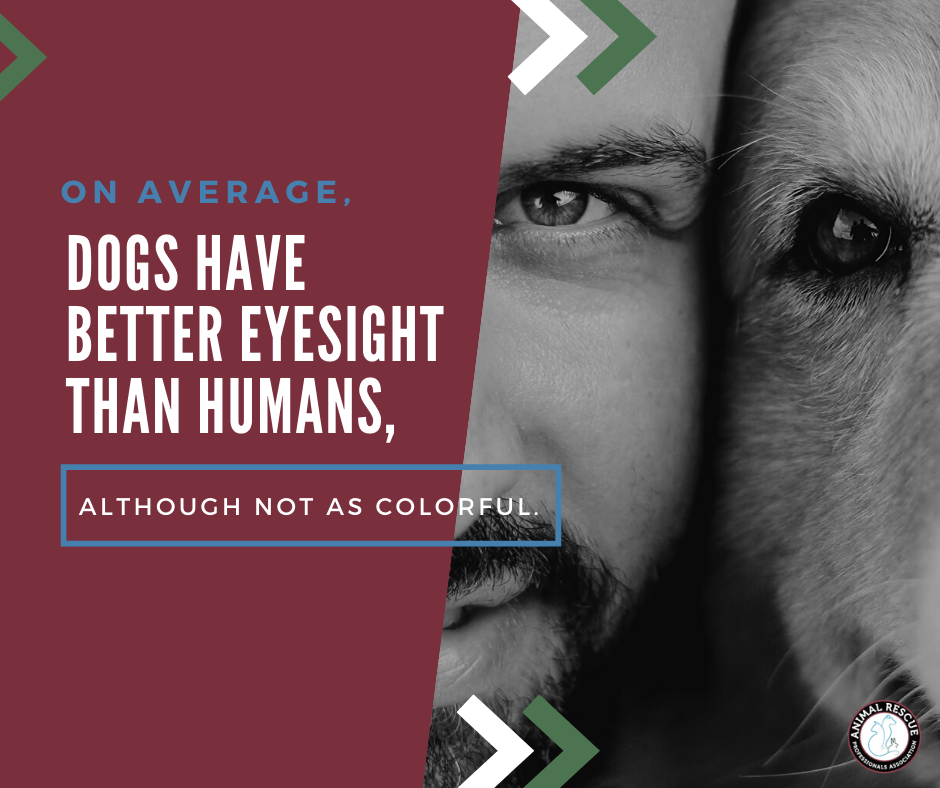 Fiona Clemente
← Did you know that goldfish can lose their color and turn completely white?
Afraid of Spiders? Keep Off the Grass, Please! →