Giraffes are native to Africa, but each subspecies inhabits a different area where exist diverse types of vegetation. While giraffes used to roam most of the continent, now all subspecies dwell in defined areas where several of them are national parks. There are four beautiful species of giraffe (Masai Giraffe, Reticulated Giraffe, Rothschild Giraffe, West African Giraffe) that embellish the African landscapes, and although they are similar to each other, each one has its own characteristics. Giraffes are the tallest mammals on Earth. Their legs alone are taller than many humans—about 6 feet. They are social animals that live in herds with dozens of members, although most of these groups include mothers, their offspring, and several young individuals. Some mature adult giraffes prefer to stay alone. There are so many neat and interesting facts about these beautiful creatures but we are most interested in giraffes spots. They are much like human fingerprints. No two individual giraffes have exactly the same pattern and the darker the spots the older the giraffe.

What do you love about giraffes? 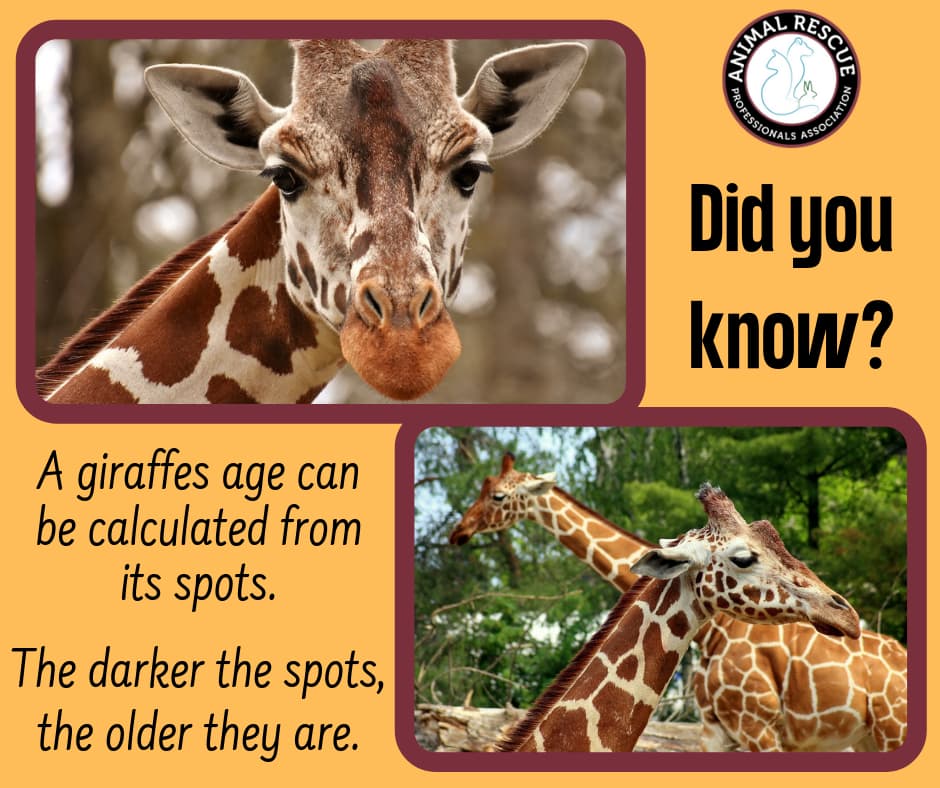 Margarita Perez
← Turritopsis nutricula Immortal jellyfish is the only species known to live forever.
Animal Fact: Reindeers eat moss because it contains a chemical that stops their body from freezing. →