Marine iguanas are most noted for their ability to feed in shallow, marine waters. They are herbivores and eat marine algae growing along rocky shores and underwater. In the water, they swim with a snake-like motion and hold themselves against the bottom with their long claws in order to graze. Though they feed in the water, marine iguanas are predominately terrestrial. They are often observed warming themselves in the sun, and they nest along the shore.

Marine iguanas are also known for their very efficient salt glands, where they “sneeze” out salt. Because they feed underwater, they ingest a large amount of saltwater. In order to prevent dehydration, they must expel salt without expelling water, so they have specialized glands that remove salt from their blood. They also have the incredible ability to shrink (in length and in overall size). In times of reduced food availability – particularly during El Niño climate events – they may shrink by as much as 20%. The now smaller individuals require less food. Once their preferred algae return to high levels, they quickly regain the lost size.

1. Marine iguanas are endemic to the Galapagos Islands and are the only marine lizard species in the world.

4. Marine iguanas typically spend only a few minutes underwater eating but can spend up to 30 minutes at a time submerged.

6. Marine iguanas “sneeze out” excess salt their body collects while underwater through a nasal gland.

7. It is believed that around 4.5 million years ago, marine iguanas evolved from land iguanas that were brought to the Galapagos and adapted to a sea-faring life in order to survive on the islands. 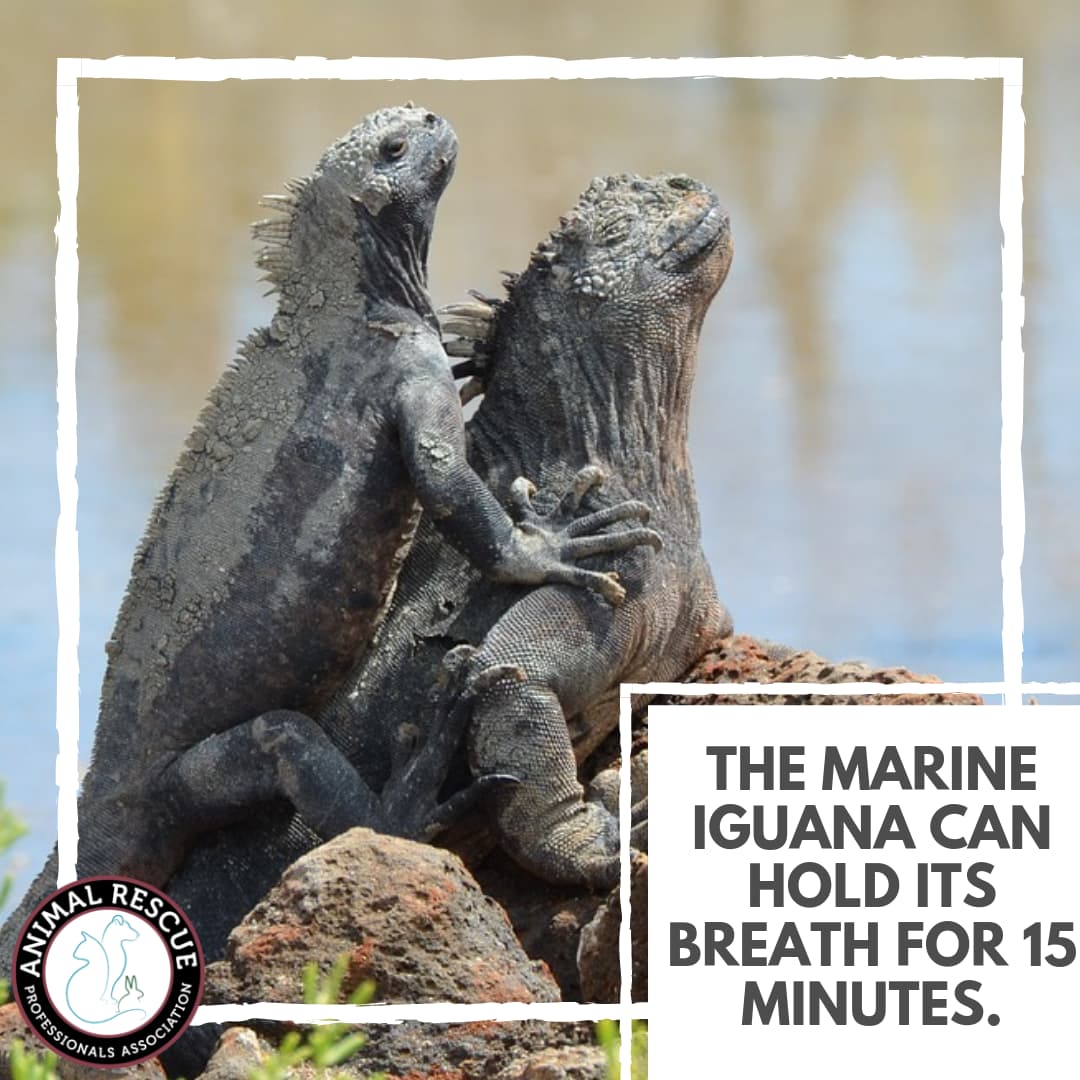 Margarita Perez
← Animal Fact: Reindeers eat moss because it contains a chemical that stops their body from freezing.
Lions Can Run How Fast?! →