Blue eyes are truly mesmerizing, we can easily get lost in them. Did you know that blue-eyed lemurs are one of two (non-human) primates to have truly blue eyes? Lemurs are animals that live on the island of Madagascar right off the east coast of Africa. They have big eyes because they are nocturnal animals that are normally active at night, like owls!

Blue-eyed black lemurs are herbivores, which primarily consume fruit, nectar and pollen. In the dry season, they may eat leaves, berries, and seeds with insects being a rare addition. They help spread many rainforest plants by distributing seeds of more than 50 different species through depositing their waste. It is likely that certain plants have evolved specifically for dispersal by this species. Many plants are also pollinated during the process of consuming nectar and pollen from these plants.

Many of them are at risk due to forests being cut down for farmland, but there are many families of lemurs living in captivity. Blue-eyed black lemurs are among the most threatened primates in the world. Its status was recently elevated by the International Union for the Conservation of Nature (IUCN) to critically endangered species and added them to the Top 25 Most Endangered Primates list. 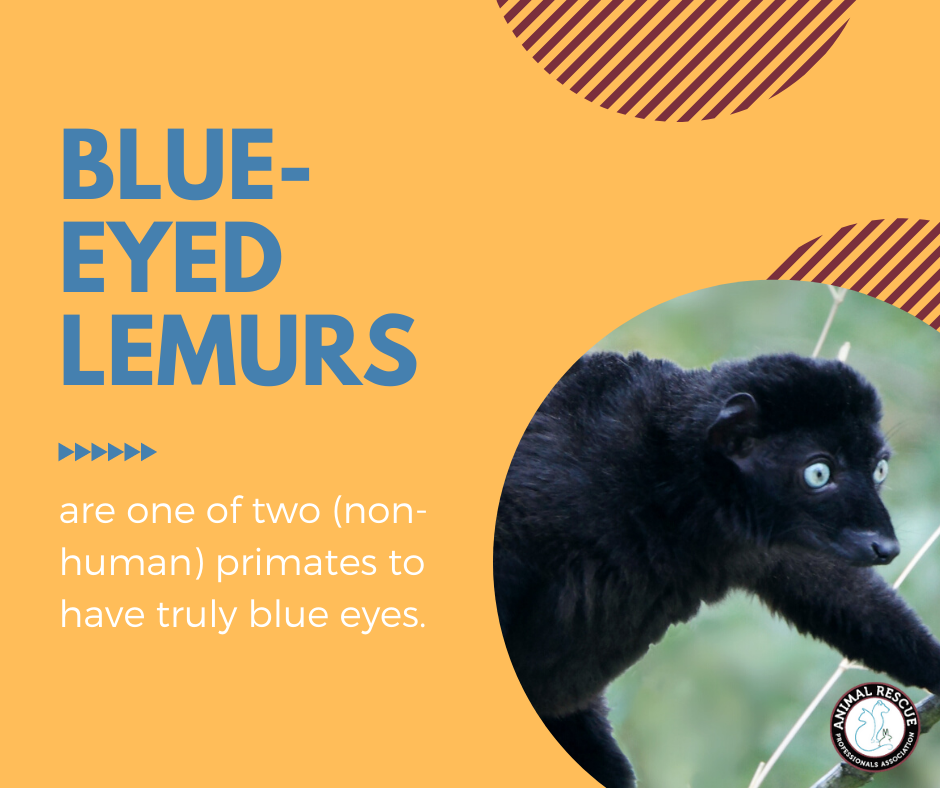 Fiona Clemente
← 2000 songs?! From a little songbird?!
Tough 5: The Most Robust Animals In The Wild →