The white rhinoceros is the second-largest land mammal in the world, after the elephant. White rhinos can weigh over 3500kg (7700lb) and stand as tall as 1.8 meters (6 feet). There were once over 30 species of rhino, but today there are only five and all are endangered. White rhinoceros are calmer and more sociable than other species of rhino, and they often live in small, territorial groups. Females and juveniles are rarely alone. Rhinos communicate using a wide variety of sounds, including grunts, growls, snorts, squeaks, and bellows. Because of their hump, white rhinos cannot swim.

White rhinoceroses are found in grassland and savannah habitat. Herbivore grazers that eat grass, preferring the shortest grains, the white rhinoceros is one of the largest pure grazers. It drinks twice a day if the water is available, but if conditions are dry it can live four or five days without water. It spends about half of the day eating, one-third resting, and the rest of the day doing various other things. White rhinoceroses, like all species of rhinoceros, love wallowing in mudholes to cool down. The white rhinoceros is thought to have changed the structure and ecology of the savanna’s grasslands. Comparatively, based on studies of the African elephant, scientists believe the white rhino is a driving factor in its ecosystem. The destruction of the megaherbivore could have serious cascading effects on the ecosystem and harm other animals. 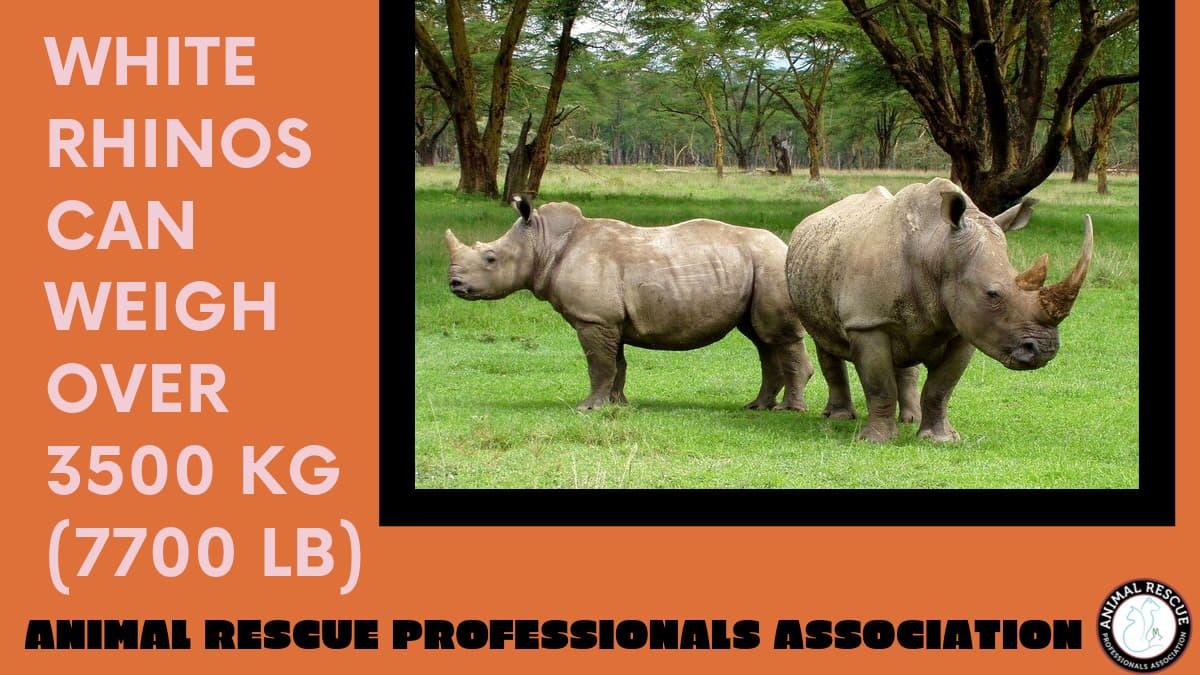 Margarita Perez
← Sea turtles live to be how old?
The Killer Whale (also known as Orca) is actually a type of dolphin. →