Have you heard the term “No Paws on Ground” or perhaps seen the NPOG acronym and wondered what it meant? Generally used when transporting puppies, No Paws on Ground refers to not…well…allowing the puppies paws to touch the ground. But let’s dive in a little deeper to better understand the Ws behind this.

Who does NPOG generally apply to?

The No Paws on Ground is most commonly used for puppies that are on a rescue relay transport. Often these puppies may not have had their complete set of vaccinations and being exposed to many different environments during the handoff process can be problematic as they can pick up bacteria or other germs that could compromise their immune systems until they are fully vaccinated.

What does No Paws on Ground mean?

Just like it sounds, No Paws on Ground means to not place the puppies in the grass or on the ground where 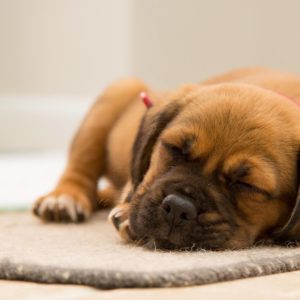 they can pick up germs and contaminants. Taken one step further, it means not to place them on the ground without a clean barrier like a blanket or tarp to protect them from coming in contact with the ground. Now you’re probably thinking, how are you going to keep puppies on a blanket? This is where you need to be creative. There are many different puppy playpens that can be folded up and easily placed in a car on a transport. Then, at the handoff, setup the playpen and cover the bottom of it with a plastic tarp to let the puppies take care of business without picking up the local germs or dirt to carry on their trip.

Anytime you see this term on documentation associated with an animal you should follow this protocol. While it more frequently applies to puppies, it can be used with other animals either on transport or not.

Where does this apply?

As we stated above, it applies whenever you are handling the animals that have this stipulation. So whether you’re at the shelter, on a transport, or if you are a foster in your backyard, the same rules apply.

Why do we use this?

Remember that we’re protecting the animal from picking up dirt, bacteria, or any chemicals that might be on the ground or in the grass. We’re using this protocol to protect the animals either because they have not been fully vaccinated or may have a compromised immune system.

Chris Roy
← Laws are Changing to Help Animals
What to do if you see an animal in a car on a hot day? →