Elephant Appreciation Day was created by a graphics and publishing company called Mission Media in 1996. It all started when the owner of the company, Wayne Hepburn, received an elephant paperweight as a gift from his daughter. He became fascinated with the animals and decided to dedicate a special day just for them. Despite the simple back story, the holiday is officially recognized and observed across the nation.

Today, let’s all take part in the celebration and appreciate the existence of these gentle giants!

Why Are Elephants So Important?

Did you know that elephants are known as natural gardeners? Studies have shown that they’ve been planting trees for thousands of years now, spreading various plant seeds and fertilizing the soil every time they produce dung. Since they travel long distances, they disperse these seeds to other places as well, providing plant life to barren areas.

Scientists have found that forests without elephants have lower tree diversity, meaning these forests are less healthy and aren’t quite as capable of fighting the consequences of climate change. Keeping forests healthy ensures that they continue to store carbon in their trunks, roots, and soils, keeping the effects of climate change at bay.

2. They help other animals survive

On top of keeping forests healthy, elephants help other species of animals to thrive in the environment by providing them food, water, and even new niches to inhabit. They trample trees down, allowing new plants to grow, while also bringing food down for smaller animals. During the dry season, they also use their trunks to dig for water, which not only helps them survive when drought strikes, but also provides water to other animals that share the same habitat.

3. They help us learn more about ourselves

Believe it or not, but elephants and humans are similar in a lot of ways. They’re one of the few animals that have self-awareness and can recognize themselves in the mirror. They can also feel empathy, which is incredible! But, there’s more!

Elephants have a similar lifespan to humans, and experience age-related diseases, such as osteoarthritis, as well. Studying them has helped scientists learn more about aging in humans, and continuing to do so may potentially lead us to more discoveries in the future. Additionally, elephants are one of the only three species of animals that undergo menopause, so it’s highly possible that they could provide researchers and scientists with new insights into human fertility, too!

1. Elephants have the largest brains among all land animals. At birth, their brain is only at 35% of its potential, meaning they have a huge capacity for learning as they grow and develop. It’s also because of this that they have an extraordinary memory and NEVER forget.

2. They’re incredibly social and even have their own language. They can communicate with each other using both verbal and non-verbal cues—similar to us humans, making it easy for them to form strong bonds.

3. Unlike most animals, elephants follow the oldest female in their group. They do this because she has the most memory and they trust her to lead them to safety.

4. They have the longest eyelashes in the world. In fact, they’re about five inches long!

5. An elephant’s trunk is basically a fully-functioning animal on its own! It serves as a nose (or a snorkel underwater), a hand, and an extra foot. It’s used to convey signals and messages, gather food, dig for water, carry objects, clean an elephant’s body, and many other things!

6. Their tusks continue growing as they mature. It can grow up to 7 feet long and weigh up to 200 pounds!

7. Elephants are the only mammals that can’t jump.

8. An elephant tooth can weigh up to 3 kilograms. That’s about the same weight as a Chihuahua!

9. Elephants purr! Yep, you read that right! Elephants can purr like cats as a way of communication.

10. Elephants take good care of their seniors. When elephants lose their last set of six molars, they also lose their ability to eat. So, most of them don’t survive for long once that happens. However, in groups, younger elephants will help older ones by chewing food for them. How sweet is that, right?

How to Observe Elephant Appreciation Day

Volunteer or donate to an elephant sanctuary or orphanage 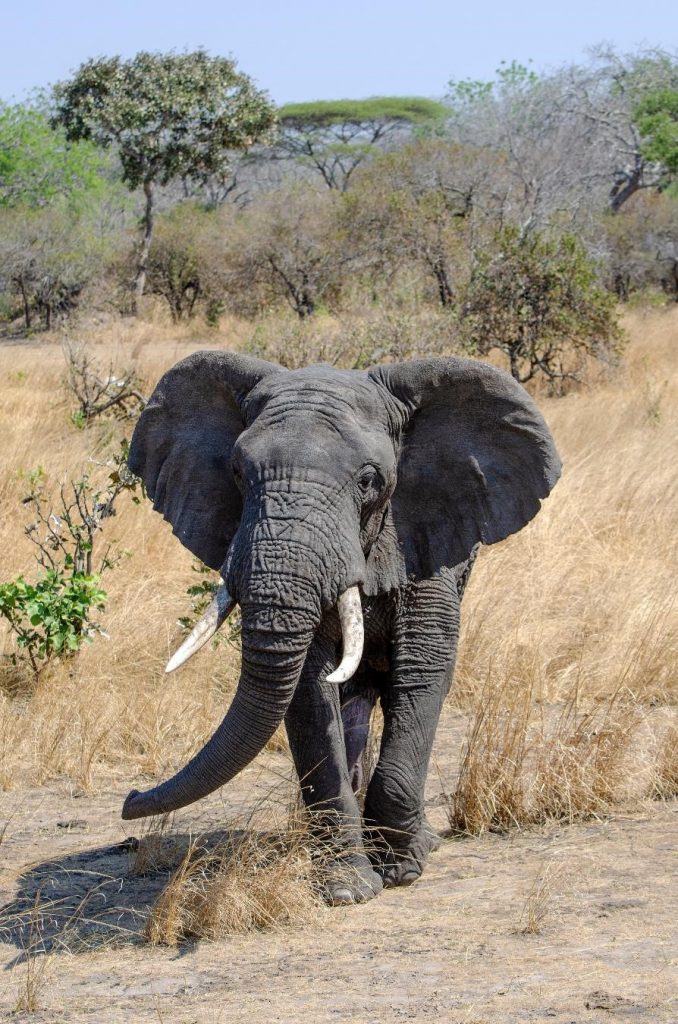 An elephant sanctuary or orphanage is an establishment that cares for elephants that have retired from circuses or zoos and suffer health problems or behavioral issues, as well as those that have been rescued or orphaned. They provide these animals with food, shelter, medical needs, and of course, love.

It’s sad that elephants suffer a lot of abuse in the hands of man, but thankfully, these institutions and organizations exist. You can help these elephants out by volunteering or donating to your local elephant sanctuary or orphanage. However, make sure to do a background check first to ensure you’re choosing the right sanctuary or orphanage to support. Some may not be as elephant-friendly as they seem, so look through their website and check their reviews and photos. People still riding the elephants or making them paint photos are big red flags!

If you want, you can even take this day to travel to Thailand, Cambodia, South Africa, or Laos! These countries offer ethical programs for those interested in volunteer work for elephants. You can also support these organizations.

Why not make Elephant Appreciation Day as day one of an elephant-friendly lifestyle! It would make a HUGE impact on the lives of elephants if we all work together and start making elephant-friendly changes to our routine, especially that these poor creatures are now on the brink of extinction.

Here’s what you can do:

Coffee, tea, or wood are often grown in plantations that destroy that the habitat of elephants, so always make sure to research if the item you’re buying is produced through an elephant-friendly process.

Elephants are killed for their tusks in order to make these products—all for profit.

Expanding palm oil plantations are destroying forests and pushing elephants, as well as many other animals, out from their habitats.

Ellie Pooh creates beautiful fair trade stationery products from organic elephant dung! They clean and process it to produce raw cellulose, which they make into “acid-free, linen-like paper with a velvety feel”.

They help raise awareness about the decreasing number of elephants, as well as help the conservation of the elephant population. They also prevent farmers from killing off elephants by paying them in exchange for any destroyed crops. If you want to learn more about them, click here!

Elephants are suffering all kinds of abuse just to “perform” for humans, and as long as there’s a market for these kinds of exhibitions and activities, they will continue to do so. Let’s work together to shut these businesses or operations down.

How do you plan on celebrating Elephant Appreciation Day? Let us know in the comments!