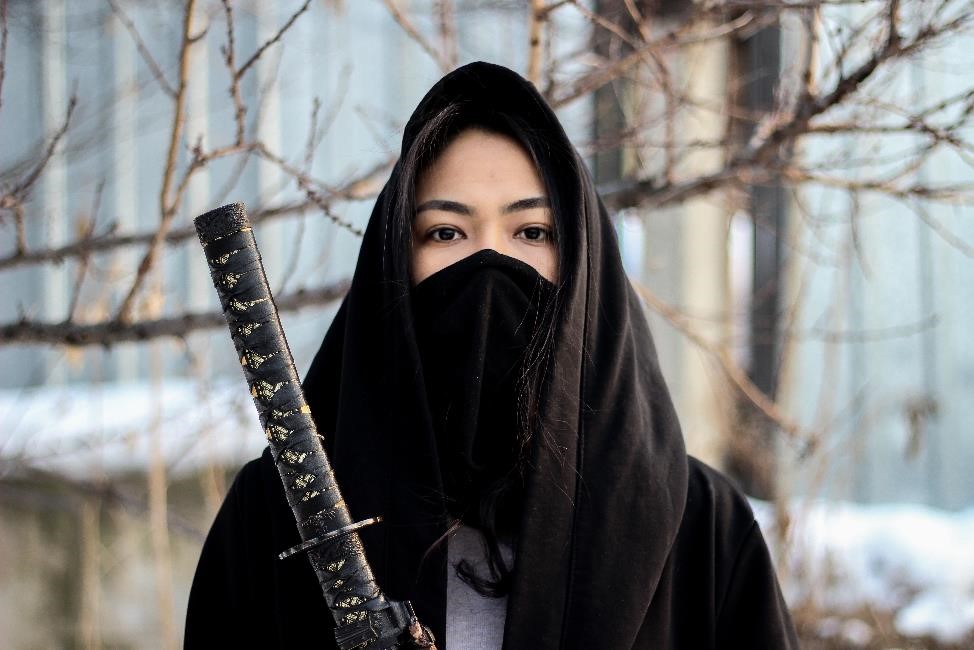 Espionage, strategy, and secrecy—those are the skills of a ninja. Dressed in all black for maximum stealth, these silent warriors are famous for their ambush attacks and disappearing acts. In movies, we see them flying through the air, sword in hand, using their shurikens or “throwing stars” to pin enemies down with perfect precision. Who wouldn’t be amazed, right? We bet at one point you’ve wanted to be ninja yourself! If so, then it’s your lucky day! Every year, on the 5th of December, we celebrate International Ninja Day—a special day where, in honor of the extraordinary abilities of these assassins, everyone is free to transform themselves into the ninja they’ve always wanted to be!

Ninjas: The Masters of Stealth 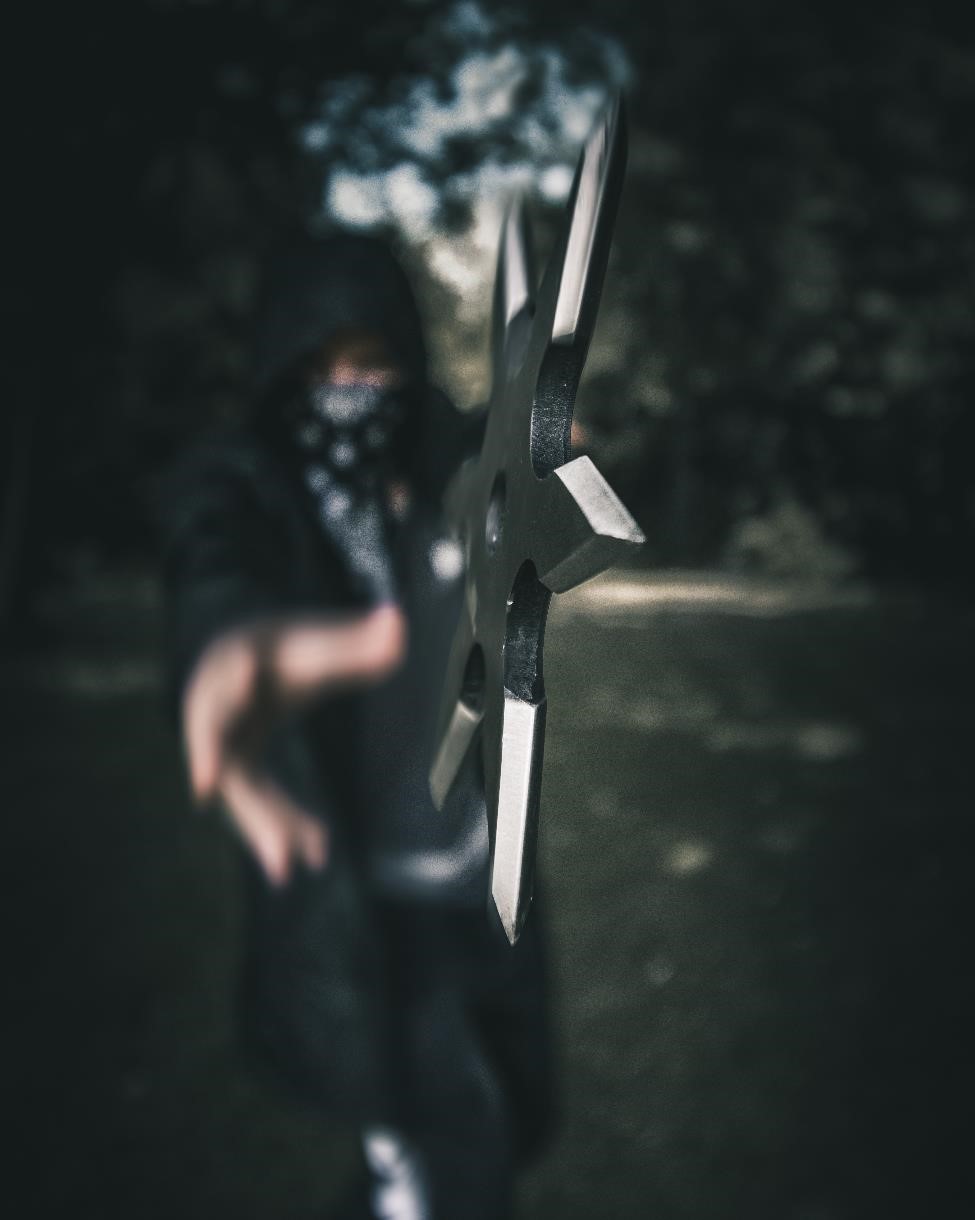 By definition, ninjas are people who practice Ninjutsu or ninpo—the traditional Japanese art of camouflage, sabotage, and of course, stealth. Contrary to popular belief, real-life ninjas weren’t merciless assassins. In fact, ninjas that engage in acts of violence are considered the lowest form of ninja. These warriors fight their enemies purely through espionage and strategy, using their masterful stealth techniques to gather as much information as they can about their enemies. Doing so allowed ninjas to learn their opponent’s weaknesses and use this knowledge to their advantage. Ninjas considered intelligence as the highest form of power, and the use of brute force the lowest.

If humans have ninjas, the animal kingdom has ambush predators. Just like ninjas, these animals rely on their amazing ability to avoid detection in order to get the upper hand. Instead of speed and strength, ambush predators use stealth and strategy to capture or trap their prey. Although many animals are known to use this kind of hunting technique, the ones below are considered the scariest and stealthiest of all.

Have you ever heard of the leopard crawl? (Yep, leopards are so stealthy that their stalking technique has a name!) The leopard crawl is something that leopards do when hunting. They crouch down really low towards the ground and slowly sneak up on their prey, the thick pads of their paws masking every step until they get close enough to pounce.

Another thing that adds to a leopard’s stealthiness is the fact that they don’t make a mess when killing prey. They use their incredibly sharp fangs to gently bite through the throat, just behind the windpipe to suffocate their prey without causing blood to spill out. They do this to prevent other predators, like lions and tigers, from knowing about the fresh kill. Then, they use their sharp claws to drag their prey up onto a tree branch so they can freely enjoy their meal, which is very awesome and scary at the same time.

The death adder is a species of extremely venomous snakes that are native to Australia. These snakes are considered one of the most dangerous snakes in the world, but the Kimberley death adder, a newly discovered species of death adder, is the most dangerous one yet. Aside from holding the title for Australia’s most venomous snake, it also strikes the fastest. However, for centuries, no one knew that the snake even existed despite it hiding in plain sight. Talk about stealth, right? Because of how similar it looked to other species of death adders, scientists never expected it to be a completely different snake.

What sets this snake apart from other snakes is that instead of chasing down its prey, it camouflages itself and waits for a victim to cross its path, wiggling its small tail as if it’s a worm to lure prey in. The Kimberley death adder’s daily meal consists of rodents, lizards, and snakes, which also happen to be this little nope-rope’s favorite dish. Yikes! 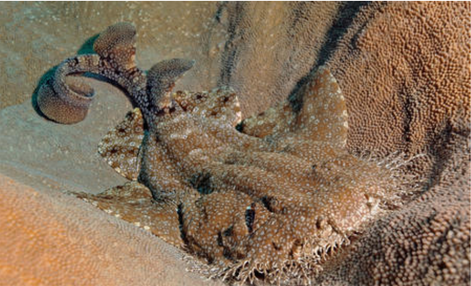 Ambush predators are everywhere—even on the ocean floor. If you’ve even gone diving in the Pacific or Indian oceans, then you’ve probably come across the tasseled Wobbegong shark without you knowing.

Equipped with amazing camouflage patterns and an extra flexible body, these species of shark are incredible ambush predators. They position themselves on sandy parts of the reef or underneath coral formations or rocks, waiting for their next meal to swim by.

At first glance, they simply look like corals or rocks themselves, but make no mistake, despite being only 3 to 5 feet long, these sharks pack a fairly powerful bite when threatened. They’re known to attack divers that accidentally step on them or try to pull them out from under rocks. However, when left alone, they’re fairly harmless to humans and mostly just mind their own business.

How to Celebrate International Ninja Day

What better way to celebrate International Ninja Day than to try being a ninja yourself! And no, that doesn’t mean you have to infiltrate a big company nor steal valuable information from your enemies. You simply have to be stealthy!

One of the best ways to measure your stealth and strategy skills is to pull a prank! Think you’ve got what it takes to scare the bejeezus out of your roommate? Then clad yourself in black and start planning a fun, ninja-themed prank!

A more laid back way to observe International Ninja Day is to have a ninja movie marathon! You can even invite some friends or family members over and order some takeout. The more the merrier, right? That way you’ll have someone to practice cool ninja moves with afterward!

Here are some of our favorite ninja movies:

Have A Dog? Create A Backyard Agility Course!

Who says dogs can’t be ninjas? If you have an energetic pooch, then why not improve their parkour skills by creating an obstacle course for them in your backyard? Exercise and training are very important for a dog’s health and well-being. It keeps them physically fit and mentally alert, improving motor and cognitive function. Plus, you and your canine companion will be able to use the course even after International Ninja Day. If you’re interested in DIY-ing a backyard agility course, you can check out this website right here!

How do you plan on celebrating International Ninja Day?