Why Do Some Individuals Have Different Colored Eyes? 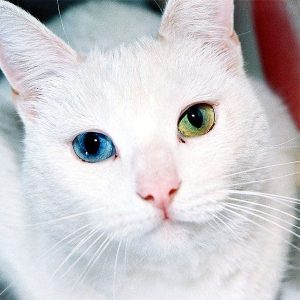 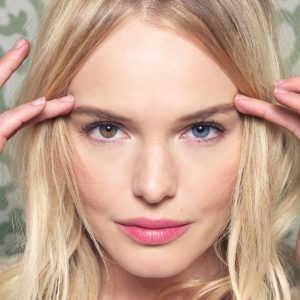 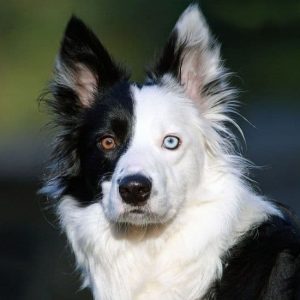 According to The Dodo, the more variation in an animal’s coat pattern, the more likely a cat or dog is to have different-colored eyes.  Two different colored eyes are rarer in breeds such as Labradors and Poodles, and more common in breeds that have the “merle gene.  Merle, also known as dapple, is the swirly pattern that has splashes of dark pigment that is overlaid on top of a lighter shade of the same color.  It is also more common in dog breeds such as Australian cattle dogs and shepherds, collies, and Dalmatians.  In cats, the eye trait is more commonly found in breeds such as Siamese, Burmese, and Persian.  Cats with heterochromia are often referred to as an “odd-eyed cat.”

Heterochromia can make dogs and cats more sensitive to light.  Without the protection of pigmented melanin, light is blocked less from the retina, even when the pupil is constricted.  When more light reaches the retina at the back of the eye, it can be very painful.

Speaking of animals with heterochromia, Venus is a very unique cat with over 1.8 million followers on Instagram.  The tortoiseshell feline has one green eye and one blue, complementing her half orange, half blackface.  It is not exactly known how or why Venus has two different colored eyes and two different colored sides of her face, but perhaps both the black and orange coloration on her face were randomly activated on both sides and met in the middle as she developed.  Read more about Venus and follow her journey on Instagram at venustwofacecat!

Think you’ve never seen someone with two different eye colors?  Think again!  Below are five famous people that have some form of heterochromia:

Thankfully, heterochromia is usually nothing to be concerned about and the condition is a unique and beautiful characteristic to be celebrated!  Do have a pet with two different colored eyes?  Share a photo of your pet’s eyes with us