Today is National Ferret Day- a day dedicated to the smart and sprightly animal that many call their companion.  Did you know, male ferrets are called Hobs, female ferrets are called Jills, and their offspring are called Kits?  Get this- the whole clan of ferrets is called a Business! Ferret lovers have been officially celebrating this day since 2014 when Carol Roche of New York and the American Ferret Association created this national holiday.  So whether you have a Hob, Jill, Kit, or a whole Business of ferrets, let’s celebrate these fun creatures today!

Ferrets are related to wolverines, minks, and weasels.  They are carnivorous creatures with a high metabolic rate, so they eat about 8 to 10 little meals per day.  Wild ferrets usually eat small mammals such as prairie dogs, rabbits, and rodents, while domesticated ferrets typically eat a diet composed of pellets containing a high protein content.  In the wild, they make their homes from old prairie dog tunnels and burrows from other animals, and domesticated ferrets usually live in cages but need at least four hours per day to run around outside the cage.  These creatures love their sleep- they can sleep up to 18 hours per day!  In the wild, they are nocturnal animals, but domesticated ferrets can adjust their sleep schedule to their owner’s sleep patterns.

While we love to celebrate these little critters, it is important to recognize that sadly Black-footed ferrets are endangered in the wild.  Prairie dogs holes are the main source of shelter for wild ferrets, and the decline in the prairie dog population has majorly impacted the number of ferrets.  Their recovery in the wild is vital to the grassland ecosystem and we need to put our efforts into protecting this species.  Learn more about the species and how you can help at WWF.

Tell us how you plan to celebrate National Ferret Day! 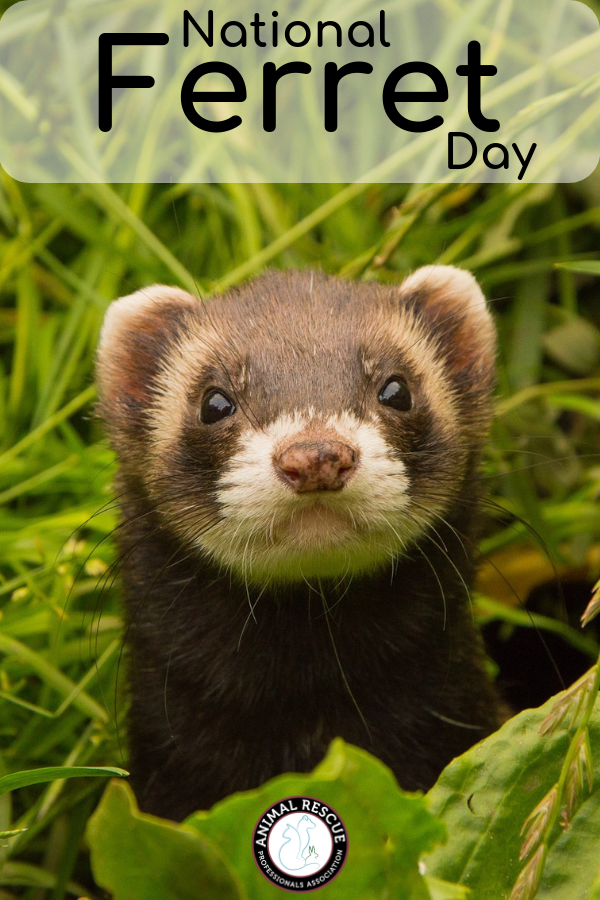