Every July 15th, we get the opportunity to celebrate an animal that is strong, beautiful, and has had a significant role in history.  Today is National I Love Horses Day!  With over 350 breeds of ponies and horses in the world today, these animals have given humans so many reasons to love them. 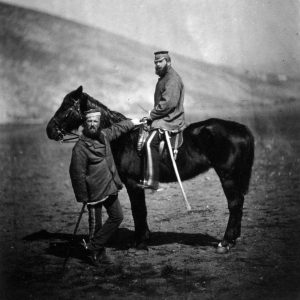 Horses have played a major role in our country’s history.  They have helped revolutionize agriculture and farming, served as a form of transportation, aided in communication, and helped the military during the war.  Before the invention of tractors, horses were often used to plow fields, pull wagons, and replace tired oxen.  They are very versatile animals and farmers viewed them as very valuable assets since they could be used to complete many different tasks.  For years, horses were the only means of transportation next to walking, and the animals could pull carts and wagons loaded with people or goods for miles.  Additionally, people rode horses to deliver information to neighboring towns, and soldiers, during the war, on horses had an edge on soldiers on the ground by being elevated with the ability to travel at fast speeds.

Horses are members of the Equus ferus caballus species, and they are typically 14.2 hands (58 inches) or taller.  A “hand” is a unit of measure that is equal to 4 inches and used to measure the height of a horse at the highest point of the withers (highest point above a horse’s shoulder that doesn’t move).  So why are horses measured in ‘hands’?  A four-inch ‘hand’ is about the breadth of a man’s hands and is a unit of length that can be traced all the way back to the ancient Egyptians.  Egyptians have the earliest recorded standardized system of measurement, based on the length of a man’s arm from the elbow to the tip of the middle finger.

Additionally, the palm or hand shows up in texts from Ancient Israel, Greece, and Rome, and continued to be used throughout Europe during the Middle Ages.  Henry VIII standardized the hand to four inches in 1541 and remains that primary unit of measuring horses in Britain, the United States, Canada, Australia, Ireland, South Africa, and India.

How To Celebrate The Holiday

Participate in the festivities of this fun holiday by visiting your local stable for a horseback riding lesson, going on a guided trail ride, or spending time riding your own horse if you have one.  Do you love horses? How do you plan to celebrate the holiday? Let us know in the comments!