Mutts, crossbreds, and mixed-breeds- no matter what you call them, these dogs of many breeds are really something pretty special.  These oftentimes overlooked dogs make the best companions and come along with so many benefits.  I mean come on, we are all mutts if you think about it!  We all come from different backgrounds and are all blends of different countries, nationalities, and races.  What could be better than a dog of a similar background?

National Mutt Day was created by Celebrity Pet Expert and Animal Welfare Advocate, Colleen Paige, and founded in 2005.  The holiday is also known by the name, National Mixed Breed Dog Day, and is so special that it is celebrated twice a year.  On July 31st and December 2nd, Paige encourages everyone to save and celebrate dogs of mixed breeds.  Unfortunately, the main reason that dogs are abandoned or euthanized is due to over-breeding and the demand for “designer dogs”.  Designer dogs and purebred dogs are often sold in pet stores, in malls, and are supplied by puppy mills that mistreat animals and keep them in horrific conditions.

So how should you celebrate National Mutt Day?  Instead of purchasing a designer dog or purebred dog, use this holiday to celebrate the dogs in shelters that desperately need homes, and to raise awareness about mixed breeds and the amazing companionship that they can provide.  Mutts are unique, overall healthy, and very loving animals, so visit your local shelter to find your new furry, mixed-breed best friend!

One of a Kind

A mixed-breed dog is a cross between three or more different dog breeds, and a crossbreed is a dog with two different purebred parents.  Both of these types of dogs are often referred to as “mutts,” since they do not belong to one specific breed of dog. 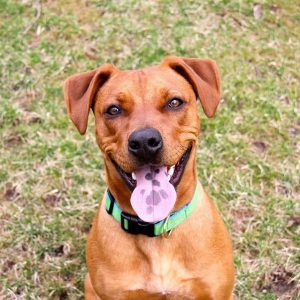 While adopting a mutt, it can be fun to try and guess the different breeds that make up your new friend!  Your pup may have facial features of a Golden Retriever, but the body of Husky or a Doberman! Mixed breed dogs have inherited many genes from their parents, some dominant and some recessive.  These combinations of genes produce many different-looking puppies, and a single set of parents could produce puppies in the same litter that all look a little different from each other!  DNA testing is the only way to know for sure what kind of breeds your dog is composed of.

In addition to their differences in appearance, mutts do not all share the same temperament as purebreds often do.  Purebreds are bred to all look and act the same, whereas mutts each have a unique personality of their own!

No Shortage of Pups 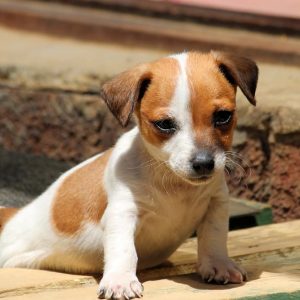 It is estimated that approximately 80% of dogs in shelters are mixed breeds.  Without the need to wait for a new litter of puppies to be born and weaned, you can walk into your local shelter or rescue and find a loving and healthy dog ready and waiting to go home with you!

While choosing a dog from the shelter, the number-one rule is to not pick a dog based on looks or how you believe the dog will act based on his likely breed combination.  Instead of picking a dog by his or her appearance, choose an animal that has an energy level that matches yours!  Ask to take the dog out of a shelter setting so that you can see the dog’s true colors and personality!  If you want to know what a dog will be like as an adult, opt-out of adopting a puppy (don’t worry, they are always in high demand), and choose an adult dog that already has a settled, permanent temperament.

Mutts on the Job

Mixed breed dogs not only make great companions and pets, but they can also be seen in movies, they can be helpful service and guide dogs, and they can help the police and fire rescue.  Listed below are just a few famous working mutts that you might recognize:

Benji– Benji is a dog that has been acting in movies from 1974 to the 2000s.  Benji’s name also serves as the title of the movie in the Benji franchise.

Laika– Laika was the first animal in space on a mission led by the Russians.  We would like to take this opportunity to honor Laika for her service and sacrifice.

Spike– Spike was a Labrador Retriever/Mastiff mix, most famously known for starring as Old Yeller.

Mutts Are Typically Healthier Than Purebreds

Mixed breeds are usually more healthy than purebred dogs because they are not continuously bred with the same genes over and over. Mixed breeds are thought to be able to adjust better to different household situations and settings, whereas purebreds more commonly need specific living conditions.

Additionally, mutts have a much lower probability of having genetic defects that would affect their lifespan.  On average, mixed-breed dogs live for about 8.5 years, and purebreds live 6.7 years.  This may be due to mixed breeds having fewer disorders and illness because it is less likely that both parents of a mutt carry a specific defective gene.  Mutts are also less likely to suffer from problems of inbreeding or poor breeding practices that can result in major physical or behavioral problems.

Purebreds that are bred for a specific job or characteristic often develop health issues over time.  For example, if a dog is bred for running long distances and being active but is kept in a small home with little activity, that dog is likely to become frustrated and may result in bad behavior or socialization problems.  Since mutts have a combination of different traits, they tend to be more laid-back and have fewer needs that need to be met.

Easy On The Wallet

Mutts are great for your wallet, too!  Your pocketbook will thank you for adopting a mixed breed dog.  Purebreds are often upwards of a thousand dollars or more, whereas mutts are much more affordable.  Shelters will often even cover the costs of spaying or neutering, and won’t adopt out a dog until the medical procedure has been completed, along with initial vaccinations and a microchip.

Save A Life, Adopt A Mutt! 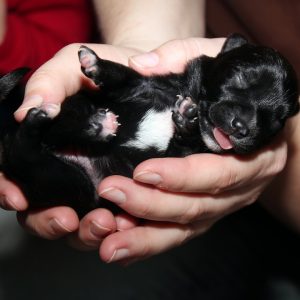 So, if you are looking for a loving, compassionate, and friendly animal that deserves a fur-ever home, a mutt is the pet for you!  Adopting a mutt into your family is directly saving a life, and your new dog will forever be grateful to you.  Many mutts sadly have a high chance of being euthanized in a shelter if they are not adopted quickly or if the shelter needs to make room for more animals.  By choosing a sweet and friendly mixed breed, you are giving that dog a second, and well-deserved, chance at life!  And hey, you never know- you may end up asking yourself, “who saved who?”

So, what’s the moral of the story?  Mutts make amazing companions!  Don’t discount a mutt based on stereotypes or their looks, and find a mixed breed that complements your personality!  You’ll thank us later!