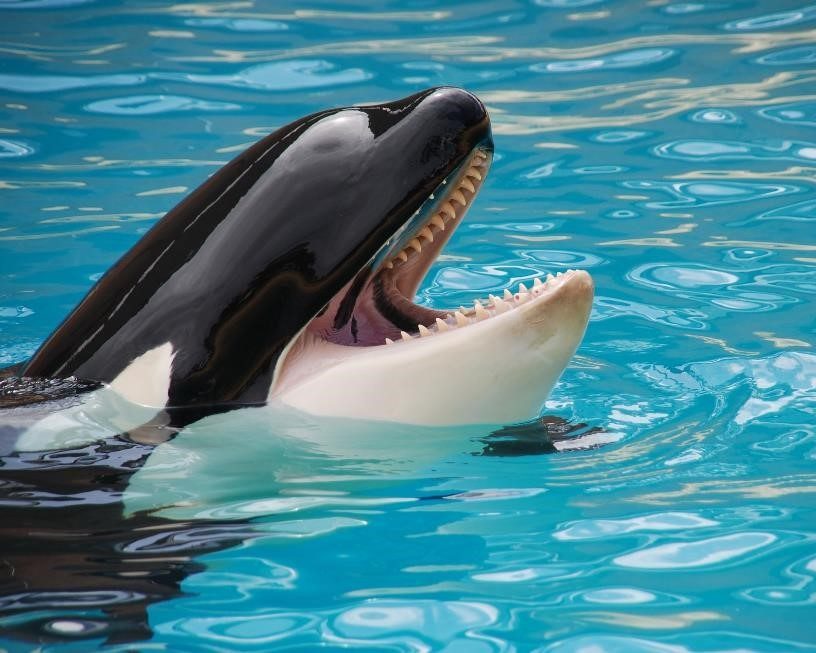 National Shamu the Whale Day is a holiday dedicated to Shamu, the first female killer whale to perform at SeaWorld San Diego in the late 1960s. When she died in 1971, SeaWorld trademarked the name “Shamu” and it has since been used as a stage name for different orcas at various times during SeaWorld Shamu the Whale shows.

Everyone loved Shamu and kept going back to watch her perform, but not a lot of people knew about how SeaWorld truly treated her, as well as those that followed after her. The name Shamu represents all the orcas that became SeaWorld’s “star” at one point and suffered greatly at the hands of the establishment. In honor of Shamu and her successors, let’s raise awareness about whale watching.

What Really Happened to Shamu the Whale? 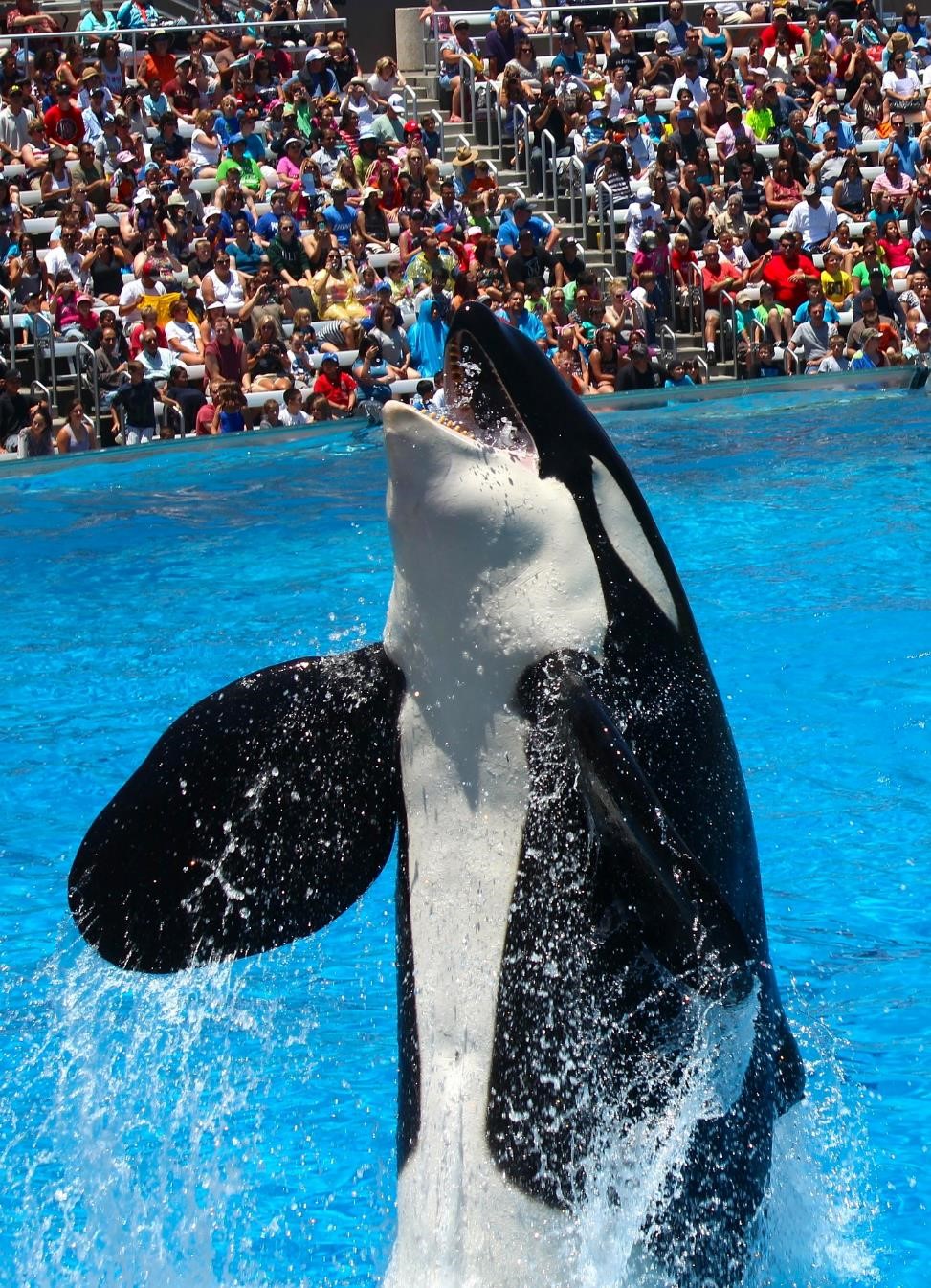 SeaWorld’s original Shamu the Whale was a female orca that was intentionally captured in 1965 when she was just three years old. Whale harpooners killed her mother, dragged her away, and sold her off to SeaWorld San Diego. There, she was continuously starved in order to learn tricks and eventually became SeaWorld’s first performing orca.

Shamu was made to perform orca shows until 1971, which was the year when a park employee named Annette Eckis was instructed to ride on her back for a televised publicity stunt. When Eckis fell off Shamu’s back, the orca clamped her teeth down on Eckis’ leg and refused to let go. A trainer had to step in and pry Shamu’s jaws open with a pole. Eckis ended up suing SeaWorld and Shamu never performed on orca shows again.

After having been retired from Shamu the Whale shows, Shamu stayed in captivity and eventually died from a uterine infection and blood poisoning when she was just nine years old. In the wild, she would have lived for about 80 to 100 years.

For more information on Shamu, check out SeaWorld of Hurt.

Why Whales Should NOT Be Kept in Captivity 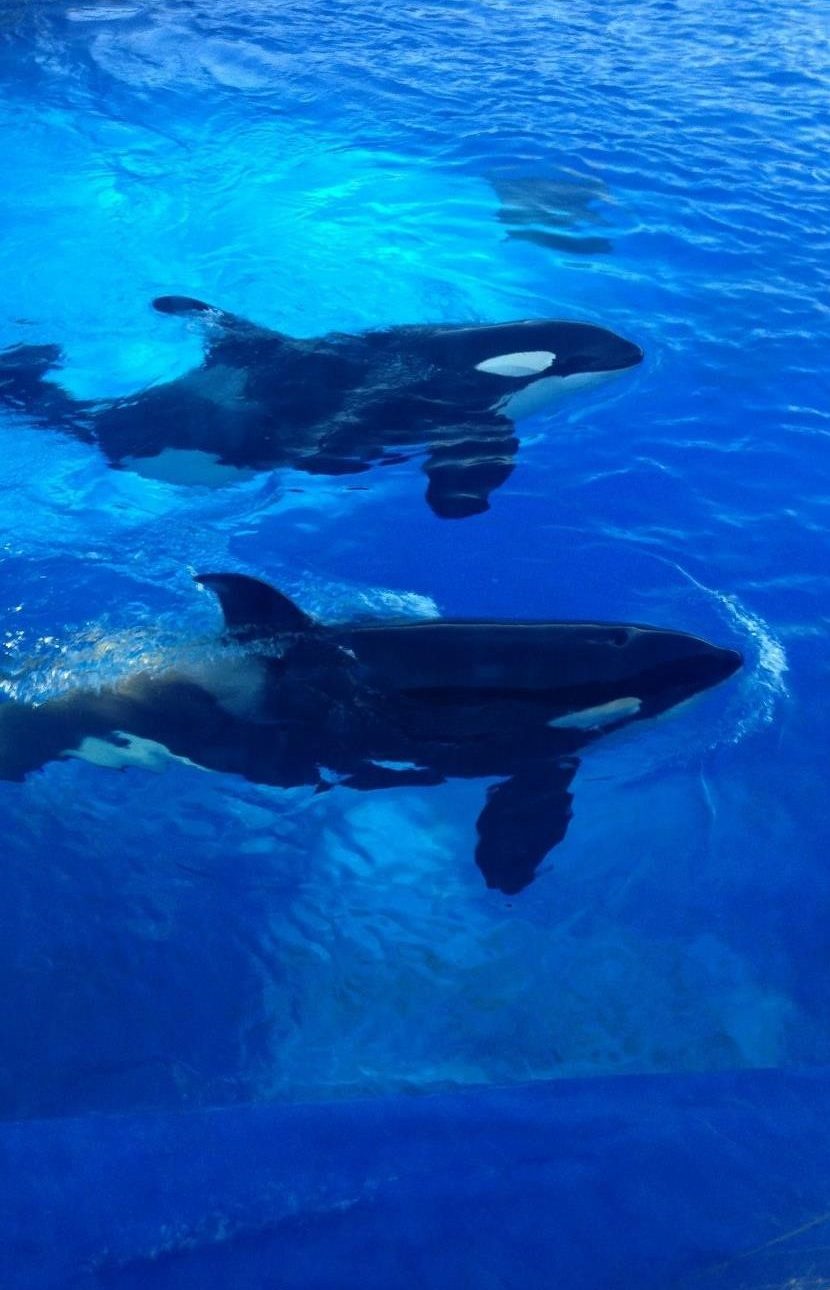 Orca shows have been around for many years, and because of that, the effects of captivity in these mammals are well documented. By studying their behavior, it was found that captive whales often show signs of frustration and immense stress. Because of that, some orcas act out and resort to aggression, which isn’t normally the case with these creatures.

Tilikum, for instance, who was also one of SeaWorld’s performing orcas, became infamous for killing three people—two of which were his trainers. In the beginning, people urged Tilikum to be put down, but marine mammal specialists stepped in and defended the orca. They argued that the violent outbursts resulted from the stress he was experiencing in captivity. Years of observation show that orcas are NOT naturally violent and there are absolutely no records of non-captive orcas intentionally harming people.

On top of being deprived of freedom, these beautiful creatures are abused and exploited for the sake of money and entertainment of man—two very selfish reasons, indeed. Being held in captivity not only shortens their lives but also causes a mountain of health issues to develop, including dorsal fin collapse (their fins collapse to once side because of limited space), behavioral problems, and skin issues.

According to the Human Society of the United States, whales never go above water and normally spend most of their time several meters below the surface. So, it’s hard to imagine how miserable their lives must be inside a small pool. By educating ourselves about what goes on in establishments like SeaWorld, we can help put a stop to these kinds of businesses and help set captive orcas free.

How to Celebrate National Shamu the Whale Day

In honor of Shamu the Whale, you can raise awareness about whale shows and what really happens to captive whales through social media. Create a post or share informational posts or articles from whale conservation groups or marine mammal specialists that talk about captive whales and whale abusement parks, like SeaWorld.

You can join or donate to whale conservation groups and help them save orcas, dolphins, and other species of whales. Some organizations even have sponsorship programs that you can take part in if you’re interested in doing more, such as Whale and Dolphin Conservation’s Adopt A Whale program.

Here’s a list of organizations that are dedicated to helping marine mammals:

For Shamu the Whale Day, the best thing we can do is to start getting involved and help save other killer whales that are suffering in captivity.

What are your plans for National Shamu the Whale Day?