January 10 is National Save the Eagles day.

We love animals and we look forward to any excuse to celebrate a day inspired by one.  So welcome to January and the National Save the Eagles day.  Don’t confuse this with the sister-like day back in June for National American Eagle day.  But even if you do, there’s still reason to celebrate these majestic birds of prey.

More than 60 different species of eagles to celebrate today

For those of you in the U.S., you likely thought of the Bald Eagle or Golden Eagle when we mentioned the focus of today’s day.  But did you know that there are 58 more species of eagles around the world that are celebrated today?

Eagles are large birds of prey which are members of the bird family Accipitridae and belong to several genera which are not necessarily closely related to each other. Most of the more than 60 species occur in Eurasia and Africa. Outside this area, just two species can be found in the United States and Canada, nine more in Central and South America, and three in Australia. If you’re interested in learning more about all of these species, check out Birdlife.

The bald eagle is no longer on the endangered list

For many of us, we remember a time when the bald eagle was one of many animals on the endangered species list.  It’s estimated that in the 1940’s there were only about 500 breeding pairs left on the planet.  Thankfully, with hard work and perseverance of volunteers, and a little help from government regulation (to restrict the pesticide DDT which caused the birds to lay eggs with weak shells that would crack before the chick inside could survive) the bald eagle species was removed from the endangered species list back in 2007.  They’re not out of the woods just yet though and there are countless volunteers still focused on helping these animals to once again thrive.

Check out the Eagle cams

If you’re like us, there’s nothing like watching wildlife in action.  The Eagles.org website has links to some of the most popular Eagle cams around the country along with excellent resources.

Do your part to keep the eagles safe

While the eagle population in the U.S. has come back from the brink of extinction, eagles are still most affected by human population sprawl.  Eagles often get tangled in fishing line while trying to hunt.  Unfortunately, some still try and hunt these birds for trophies.  National Save the Eagles Day on Jan. 10 is a reminder that we can all do our part, no matter how small, to protect the eagles for future generations. 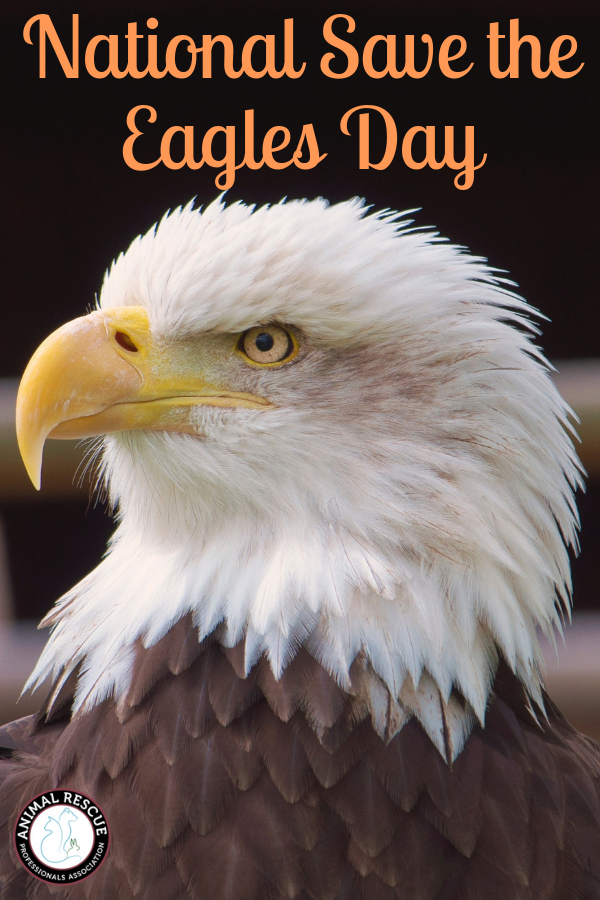 Chris Roy
← It’s National Cuddle up Day – Which furry friend are you cuddled with?
National dress up your pet day is here – Time for cat hats! →