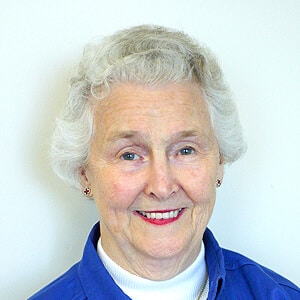 Peggy is an animal rescue transport driver who started driving for Doobert in March of 2016, and has completed around 15 transports since. She has experience transporting everything from Golden Eagles and hummingbirds for the Richmond Wildlife Center, to little Chiweenie puppies (Chihuahua and Dachshund mix)! Peggy knows better than anyone that animal transport definitely has its ups and downs, but at the end of the day, she loves what she does, especially the family unit that animal transport creates.

Q: If you were an animal, what would you be and why?
“I would be my Sammy who is an adopted 12-year-old Standard Poodle, and I would want to be him because he is spoiled rotten- he sleeps in the bed with me! I was in the right place at the right time when he needed to be adopted because I had just put one down, and a couple that got divorced couldn’t take him. I think he lucked out and I know I lucked out.”

Q: Why did you first get involved in animal rescue?
“I’ve always been an animal advocate all my life, but then I started volunteering with the Richmond Wildlife Center and I did some transporting for the director. I would transport animals that had medically been made a whole lot better and were ready to go to a rehab. I love to drive and I was thoroughly enjoying it, so I went online and googled animal transport and here I am.”

Q: What is a memorable transport that sticks out in your mind?
“Six or seven transports back were chiweenies. That’s a Chihuahua and a dachshund. They were no paws on ground (NPOG), so they would have been younger than 12 or 13 weeks old. When I picked them up the lady just took them out on her backseat and let them piddle on a pad, put them back in a fresh crate, and then I did the same thing when I took them up to the next person. Those little Chiweenies, I could have taken every single one home with me.

Then I’ve transported two deaf dogs. One of the ones I did last weekend was one of the two deaf dogs. We still talk to them like it’s going to matter, and whoever gets this little pointer is going to be so lucky because she’s only seven months old. She slept almost the 100 miles, but whoever gets her is going to have to start immediately on hand signals. We warned her of everything- to put the water down, we turned her in the direction, showed her the bowl, and then put it down and put water in it there for her. But those [transports] have been interesting simply because you don’t normally get to transport a deaf animal.”

Q: Do you have any tips for new drivers?
“While it is not a requirement, I always have a Co-pilot- someone to help me if I have a problem with the animals, with the car, etc.- even drive for me if necessary. I feel this is a safety feature, but realize not as many people are as lucky as me to have this luxury.”

Peggy is just one of many wonderful volunteers that selflessly offers her help to better the lives of animals. For more information on animal transport and how to get involved, we recommend that you check out www.doobert.com. Doobert is the leading online resource for animal rescue transport and automates the process for the volunteers.