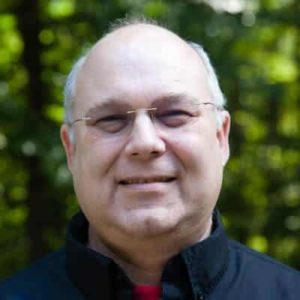 Steve is an instrument-rated animal rescue pilot, who selflessly transports rescue animals by air to new shelters and better situations. He began flying airplanes in 1988, and his love for animals opened the door to the world of flying rescue animals a couple of years ago. Steve is a pro at organizing the chaos that goes along with a flight, and would be happy to share his advice and experience with anyone interested in becoming an animal rescue pilot themselves!

Q: If you were an animal, what would you be and why?
“I think I would be a dog, and the reason being is I think that dogs simply get joy out of life as simply as possible- they don’t over-complicate it. I would be a dog, shaking my own tail and just loving it.”

Q: Could you please describe what a typical animal flight transport looks like?
“The physical flight is actually a fairly complicated process because it requires coordination between the rescue that we’re working with here and the rescue that we’re taking the dog to. We have to consider the types of dogs that we’re flying- how is their health, what can they tolerate, if we have more than two dogs, can we get a volunteer to fly with us. We’re extremely focused on making the flight as stress free as possible. There is a lot of in-flight cuddling, holding, and petting, so we’re monitoring the dogs the entire time. It’s as close to organized chaos as possible because there are just so many variables. On top of all of that, you have to be a good ambassador for the people that you’re meeting and handing the dog off to- you’ve got to make sure the dog is safe at the airport.”

Q: How did you get involved in animal flight rescue?
“I got involved probably a couple of years ago because I am an instrument rated pilot (can fly in bad weather) and I know that most people who were volunteering to fly were not instrument rated pilots. I knew a lot of trips were getting cancelled, and I thought this would be a great way for me to combine two things that I’m passionate about- flying and rescuing dogs.”

Q: What are some helpful things that you have learned on your flights?
“You should carry ginger snap cookies with you. If the dog isn’t feeling very well in the air, you need to give them a little ginger snap and it’ll settle their tummy right down. Also, once you have a dog harnessed, you need to figure out how you’ll secure them in the airplane. If you just throw them in a crate in the back, that’s more traumatic for them than having them sitting in the backseat or somewhere where they’re secured in.”

Q: Do you have any advice for someone who wants to volunteer as a pilot?
“Yes! Like everything else in life, being a dog rescue pilot is not as simple as you would hope- there are all sorts of regulations and things to avoid. If someone wants to be a dog rescue pilot, I applaud them and I would also be the first person to gladly volunteer to inform them of all the pitfalls and potholes that you need to avoid. For example, you really need to get a dog into a harness at the very first moment that you meet the dog. A lot of the dogs will show up from the rescues wearing just a neck collar, but when a dog gets to a new environment they get skittish, and many of them just back right out of their collars and take off running. So, the very first thing I tell people is to always have a set of harnesses with you, and to always put it on the dog before it ever leaves the car or the crate or wherever it is.”

Another thing that new pilots never think about is if you’re flying a young dog that has had even the slightest possibility of being exposed to Parvo. Parvo can live in your plane for a long time, so sometimes I wear a flight suit and I leave it in the airplane hanger and I never bring it home because we have our own dogs. Or, I immediately put my dog flight clothes in the washer and clean the vinyl seat covers after every flight.”

Thank you, Steve, for all of your time and effort that you put into flying animals to better their lives. Volunteering as a rescue dog pilot is only one of many ways that professionals can help the animals. For more information and ways to get involved with animal rescue, check out Doobert.com where you can volunteer as a transporter, foster home and even a photographer, and also check out http://pilot.dog for more pilot specific information.