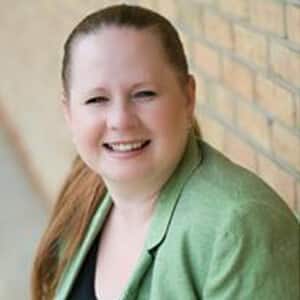 “Those rescue dogs just make my heart feel so full sometimes, just seeing how resilient they can be.”

Suzanne is an animal transport coordinator who also plays many other roles, including animal intake. She dives head first into almost everything she does, including her love for helping animals and doing anything and everything she can to save them. Although animal rescue can be exhausting, seeing an animal in a forever home after all of her hard work means the world to Suzanne and keeps her motivated!

Q: If you were an animal, what would you be and why?
“If I could be any animal I would say a dog because it’s so easy to be forgiving of a dog and most people love you unconditionally. Even if you chew up the couch they still love you and let you sleep on the bed later that night!”

Q: How did you get into animal rescue?
“I did it a long, long time ago but I got out of it for a little while because I adopted every animal I was supposed to be rescuing! I ended up adopting another puppy, Shadow, and she was part pointer and she’s what I would call my heart dog. After Shadow passed away I ended up getting Ava, and that’s when I met people who were in Pointer Rescue and it was like a whole new world for me. I don’t do anything a little bit, I dive in head first, so when I got into the Pointer Rescue I couldn’t stop looking and I would see dogs that needed place to go. A lot people told me that I was like the pointer detective, and then it turned into anyone asking for assistance and I was there to help.”

Q: How did you transition into animal coordination?
“I do a bunch of different things actually, and mostly what I do is intake, which is where I pull them (animals) from a shelter or a bad situation. I do coordinating transports whenever we have one that is super urgent. I work with a couple of organizations and people, and so whenever we see an urgent situation I help out because a rescue usually can’t just dive in take it (an animal) because they have to have everything in place accordingly. If we can pull it out of there and put it into boarding for a couple of weeks until a rescue can take ownership of it then that’s where I’ll come in and say, ‘ok well if you’re willing to take this dog as a rescue I’ll get it transported to you’, because that’s a big headache for most rescues.”

Q: Do you have a memorable story of a transport or something you coordinated?
“Oh yeah! I was doing intake for two female pointers that were in Kentucky and they were super urgent, so I started to set up a transport. I had some transport friends and people who did the driving who told me that they would do a couple of the legs. So, I was getting it set up and then I find out that there are these three male pointers in the same area that also need to get pulled out, and my vice president of my organization asked if I can get them all out there together. We pulled it off in a week turn-around, which is really hard to do, and I ended up getting all five of those dogs off to their foster homes. It was pretty crazy!”

Q: What keeps you motivated to keep working in animal rescue?
“Seeing those dogs you helped in their forever home go from being a pound puppy to king of the household really gives you that warm and fuzzy feeling!”

Q: Do you have any advice for someone who wants to get involved?
“I would say always keep your eye focused on the goal, and in the end its all about the dog. It’s not about trying to make yourself feel better or making other people happy, it’s about saving a dog and helping this creature with unconditional love get out of a bad situation and put into a good one. Also knowing that by pulling an animal out and helping them get moved, you’re helping another dog who may have been on the street find a place in that shelter temporarily until they can also have help, so you’re saving two dogs at once.”

There are many ways that professionals can support the animal rescue cause and we are proud to feature some of them here to give you ideas for how your talents can play a part.  If you’re looking for a starting point for volunteering with animal rescue, we recommend you take a look at Doobert.com, where you can volunteer as a transporter, foster home and even a photographer.  Thank you, Suzanne, for all that you do for animals and for using your talents to save them.